Voice of the Living Peak

A quiet shadow wrapped in patchwork furs and leather stalks along city outskirts. Drifting indecisively between wilderness and civilisation with an expression a mixture of fear and determination.

There is a wild look about them; a slight hunch to the shoulders and ears focused ever-forward, eyes that dart without settling for more than a few seconds, hair that looks as if it were cut by a dull blade held in the Keeper's hand. At a distance it would be easy to mistake the person for a beastman.

The air around them does little to comfort the onlooker. Exposed fingers are dyed black and various trinkets of bone and feather decorate their attire. The scent of earth hangs thick around them and the spatterings of mud and moss speak of a life lived in freedom.

Eventually, the pacing shadow curses the portcullis in strange words and stalks back out into the wild.

Civilisation had won this day. 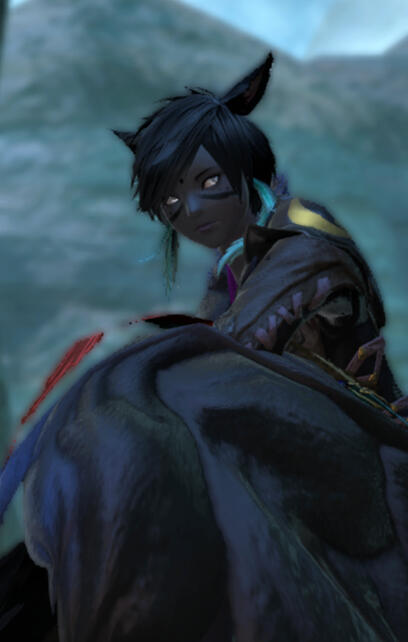 *The Noukai use their own brand of spellcraft. These magics are custom for two reasons:
1: I had no wish to give Iosko'li the Echo which caused a problem with using SMN.
2: While Blue Magic came close to what I invisioned for the Noukai, it's not quite right.
So I made my own version!

An old Keeper legend, one so old that some have forgotten if it were a true tale or myth, tells of a tribe that lived outside our ways. Shunning Menphina to follow their own and as wild as the very forest itself. They were healers, beast-callers and by all rights estranged. Some said they could heal even death- but that is most certainly foolish.
Yet, as in touch with the land as they were, the spirit-talking Noukai seemed to nigh vanish overnight. No one knows where, or how, and very few even knew how to find the caves they called home to begin with.
But the trees whisper. And to those that listen? Some say that the Noukai aren't quite gone from us yet.
That there are whispers echoing in dead mountain halls...

Not much is known of the Noukai to those outside of the Keeper race. A reclusive clan that lived in a cave system high in the mountains to the North East of Ala Mhigo.
Only venturing forth for mass gatherings or if a specialised healer was required gifted the Noukai with an air of mystery only heightened by their strange magicks and worship of Gods not known by the wider world, despite their sworn oath of passivity.

Easily identified by their piercing silver eyes, charcoal skin and striped skin patterns along shoulders and back that helped them blend in with the mountain rocks at night. The Noukai were incredibly skilled, ritualistic healers. Many clans shunned- and in some cases feared them- but there were few who would deny the talent their shamans possessed. The Noukai have not been seen or heard from since before the Calamity but if one ventures Northward into the mountains, the old effigies and bone piles used to mark the trail to their home- the Ruoa- in the high peaks still stand. Though their painted halls stand long abandoned, walls pitted with age and blackened by wide sooty smears, some of the higher effigies have been tended to recently. 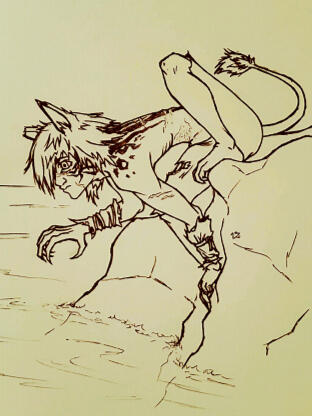 All content regarding the Noukai was creating by me personally.
There is not only a full pantheon, but a working language, divination system, culture and a plethora of traditions. As I continue to develop Iosko'li I will likely end up making a compendium full of the details.
With that in mind, if you wish to have any IC affiliations to the Noukai I respectfully ask that you run it by me first.
Thank you ♥

My sincerest thanks for reading through! This last little section is handy bullet points of some of my personal rules and what I'm looking for.
If you have any questions I can be reached in game or Discord at SolarPunk#2426.

May your adventures be chaotic and your OC’s ever disobedient. Happy Roleplaying ♥ 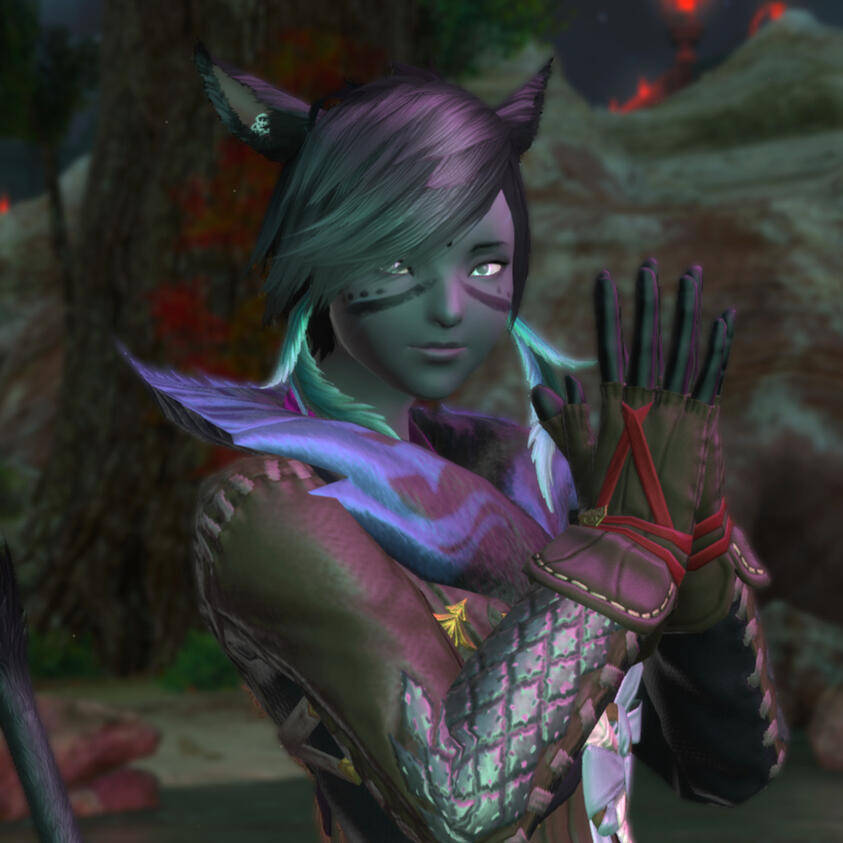